The Journey Toward Cannabis Appellations & Why It’s So Important

The Journey Toward Cannabis Appellations & Why It’s So Important 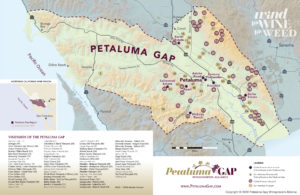 First wine, now cannabis. As Richard Mendelson, author of “Appellation Napa Valley” has noted, appellations apply to many things, but wine has been a focus point as it has been long standing in both the old world (Europe) and new (United States) – with lessons that apply to cannabis.  Still, appellations may be named based on regional identifiers such as surrounding roads, waterways, soil or tundra type, or even school districts, and can be in no way misleading to consumers.

For background, here in California establishing a cannabis appellation system became a law in October 2019, signed by Governor Newsom. Just as with wine appellations, Senate Bill 185 will expand already existing protections concerning “county of origin” labeling to include “appellations of origin.”

The wine industry has traditionally defined appellations to specific regions where grapes are grown and processed. In the United States, there are 245 American Viticultural Areas (AVAs) or individual appellations across 32 states, and California has the majority with 139 individual AVAs. You may be familiar with well known appellations in Sonoma County such as Carneros, Alexander Valley, Dry Creek, Russian River Valley, and one of the most recent appellations to be defined, the Petaluma Gap region…